Mr. Hackl has specialized in HazMat incident management since 1999 and is a scientific officer for almost 20 years. Over the years he has been involved in several accidents in The Netherlands, like one of the biggest fires in the past 10 year at Chemiepack, Moerdijk in 2011. Next to that he was involved in the making of a first responder guideline regarding CBRN accidents with the EU Bullseye Project in 2019. In 2017 he was the team leader of the first Emergency Preparedness and Response Mission in Fukushima, Japan. And for IAEA he worked on the new first responder manual. During the course of his career, he has trained over 1000 first responders in HazMat and nuclear protection. As an expert on radiation protection and nuclear safety Mr. Hackl gives his personal view on the simplification of the First Responder approach in radiological incidents. 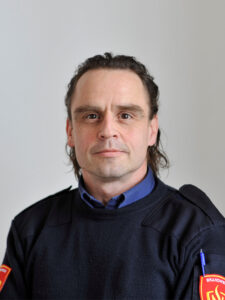