Sgt. Connolly is a 30-year veteran of the Boston Police Department, assigned to the Explosive Ordinance Unit and has been a HDS Certified Bomb Technician for 15 years. He is trained in advanced explosive demolition techniques and is a graduate of both the FBI “NIEF” HME Course and ATF Homemade Explosives Program. He was Chairman of the 2011-2013 “Urban Shield” IED scenario committee which was responsible for planning, coordination and implementation of all IED scenarios during this multi-agency 24 Hr exercise. Sgt. Connolly was also the Supervisor in charge of all Boston Police Explosive Ordnance Personnel during the 2013 Boston Marathon and assisted with coordinating the response of outside agency EOD Units to calls for service immediately following the bombings. He holds a Master of Arts degree in Criminal Justice from Anna Maria College and has several certifications as it pertains to IED response and mitigation. 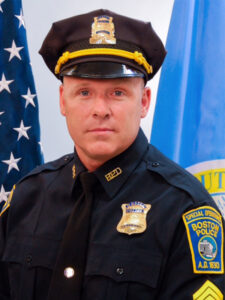