Head of the Environment and Infectious Risks expertise and research Unit, France

Jean-Claude Manuguerra (JCM) was originally qualified as a veterinarian and was trained in virology at Institut Pasteur in order to get his PhD. He spent two years as a post doctoral fellow at the National Institute for Medical Research (London, United Kingdom). He was then co-director of the National Influenza Centre for Northern France, one of the 13 laboratories included in the WHO Collaborative Multi-Centre Laboratory Network on SARS (1994-2003). He belonged to the French team sent to Hanoi for the control of the SARS outbreak in March 2003. Since then, he participated to a number of missions during outbreaks.

JCM heads the Environment and Infectious Risks expertise and research Unit which harbours the Laboratory for Emergency Response to Biological Threats. 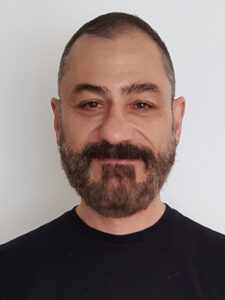