Ms. Joelle Khadra is a CBRN and Emergency Management Instructor. She’s one of the very few female trainers in Lebanon and the Middle East, who has expertise in capacity building for Medical Preparedness and Response to CBRN incidents and qualified to provide training in that field.

She received her master’s degree in Intercultural Communication from the Lebanese University and speaks more than five languages fluently.

In 2014, she joined the Lebanese Red Cross EMS sector, and she is a team member and trainer of the Disaster Management Sector.

Since 2017, she has been part of the team of the CBRN Emergency and Medical Response Training held in the Lebanese Grand Serail with the Council of Ministers, where she attended the Train of Trainers courses for CBRN Emergency Medicine Awareness funded by EU.

Her research interests include involving female CBRN first responders during the management of mass contaminated casualties and most vulnerable people. 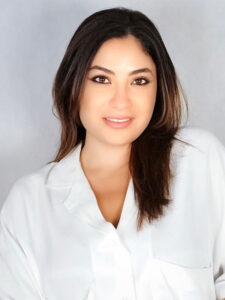