Vayl S. Oxford, a member of the senior executive service (SES), is the Director of the Defense Threat Reduction Agency (DTRA). DTRA enables the Department of Defense, the United States Government and International partners to counter and deter weapons of mass destruction and improvised threat networks. DTRA carries out its mission by providing subject matter expertise and material solutions to Combatant Commanders and military Services across a number of mission areas including the nuclear enterprise, building partnership capacity, improvised threats, treaties and on-site inspections, and countering threat networks.

Mr. Oxford is no stranger to DTRA, having served in several different positions with DTRA and its legacy organizations, first as a U.S. Air Force officer and then as a DoD civilian. Before being named DTRA Director, he was the National Security Executive Policy Advisor at the Department of Energy’s Pacific Northwest National Laboratory (PNNL) where he was responsible for guiding the strategic direction and vision for national security issues. Before joining PNNL, Mr. Oxford spent a short time in private industry after 35 years of public service that combined time in the military and as a government civilian employee, almost all of it focused on countering weapons of mass destruction (WMD).
He served in multiple positions in the Department of Homeland Security (DHS) from 2003 to 2009, as the Policy Advisor to the Under Secretary of Science & Technology, as Acting Director of the Homeland Security Advanced Research Projects Agency, and as the first Director of the Domestic Nuclear Detection Office (DNDO), which was created to be the single entity in the U.S. government to protect the nation against nuclear terrorism. Appointed by President George W. Bush and reporting to the DHS Secretary, he led the development of the National Strategy to Combat Nuclear Terrorism.

From 1987 to 2002, he held several positions with DTRA and its legacy organizations (Defense Special Weapons Agency and Defense Nuclear Agency). Highlights include directing a 300 member staff and a $400M RDT&E program to defeat WMD targets. He also initiated a joint program with SOCOM to develop specialized capabilities to exploit and defeat WMD threats. As Director for Counterproliferation, he led DoD’s counterforce efforts to identify, characterize and defeat WMD facilities, including oversight of two Advanced Concept Technology Demonstrations.

Mr. Oxford received his Bachelor of Science in General Engineering from the U.S. Military Academy at West Point and his Master of Science in Aeronautical Engineering from the Air Force Institute of Technology at Wright-Patterson Air Force Base, Ohio.
Mr. Oxford has numerous military and civilian awards, including the Presidential Meritorious Rank Award and the Distinguished Public Service Award for his contributions to Homeland Security. 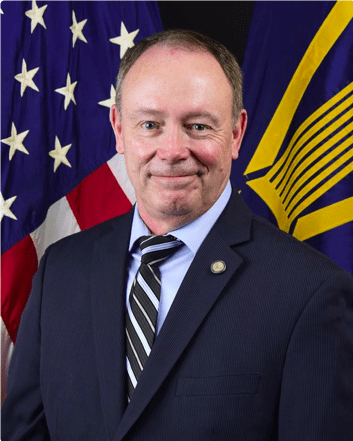