Ryan Kane is the Senior Director of Government Affairs and Business Development for Elusys Therapeutics and its parent NightHawk Biosciences, a leading American biodefense company. In this role, Ryan is responsible for leading NightHawk’s government affairs strategy and managing biodefense business development opportunities. Previously, Ryan served as CEO of RK Strategies, Inc., a boutique consultancy advising publicly traded companies in healthcare, energy, and technology sectors on their government and public affairs initiatives. Ryan previously served on the staffs of United States Senators, Governors, and nearly a dozen members of the United States Congress, advising them on political strategy. Ryan graduated from Wake Forest University in North Carolina and is married to Ashley Kane. 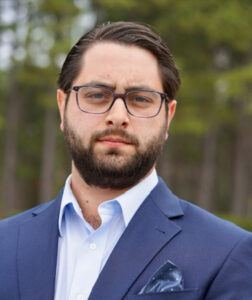