Mr. R. John Vanden Berghe currently serves as a Senior Emergency Response Coordinator in the US Nuclear Regulatory Commission (NRC) Office of Nuclear Security and Incident Response. In that role he is responsible for the NRC’s interfaces with other Federal departments and agencies in preparation for Federal Government response to nuclear and radiological incidents. Since joining the NRC in 2002, Mr. Vanden Berghe has served as a senior security specialist, a team leader responsible for conducting force-on-force security inspections at US nuclear power plants, and as the Division of Security Operations Director’s Technical Assistant.
Prior to joining the NRC, Mr. Vanden Berghe served for 20 years as an infantry officer in the US Marine Corps. His military career included commanding a unit which provided security for nuclear weapons and operational deployments to the Western Pacific, the Mediterranean, West Africa, and Southwest Asia. Mr. Vanden Berghe is a graduate of the US Naval Academy. 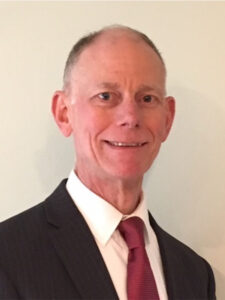