Mr Kiho Kim is the Director of the Korea Mine Clearance Research Institute. He also acts as the Chairman of the Green Peace Union, a corporation.
From 1974 to 2004 he was an Officer at the South Korean Defense Security Command. In 2004 is was appointed Director of the Korea Landmine Removal Research Institute. He became a member of the International Campaign to Ban Landmines (ICBL) in 2006. In 2010, became the co-Chairman of the Korea DMZ Council, a corporation. He became the chairman of the Green Peace Union, a corporation in 2011. In December of the same year he received the Catholic Price for Justice and Peace from the Korean Council of Catholic Organizations). He also received the Award for Ecological Landscape from the Ecological Landscape Research Institute) in October 2014. In 2020 he joined the South Korea’s National Defense Advisory Committee on the Elimination of Landmine Removal. 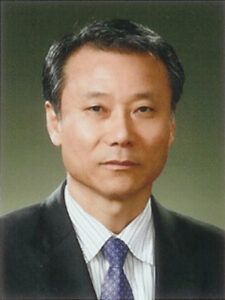