In 2021, Mr. Jesus “JB” Cuartas was appointed to the New Jersey State Senior Executive Service as the Director for the New Jersey Board of Public Utilities Reliability and Security Division where he oversees the State’s utility emergency management response, natural gas pipelines, underground facilities safety, utility cyber security and several other critical infrastructure responsibility on behalf of the President of the BPU.

Mr. Cuartas served nine years in the US Army, including two combat tours in Iraq totaling 29 months of combat operations conducting Counter-Improvised Explosive Device (C-IED) operations. He served as a Combat Engineer and Explosives Ordnance Clearance Agent with the 111th Sapper Company, 1st Brigade, 1st Infantry Division and Technical Rescue Operations/Planning Section Chief for the 911th Technical Rescue Engineer Company, Military District of Washington. Following his military service, Mr. Cuartas took on the role of Emergency Preparedness Program Manager for the National Geospatial-Intelligence Agency. Mr. Cuartas then transitioned into the Department of Homeland Security’s Office of Operations Coordination serving as a senior continuity policy analyst drafting multiple Department-wide policies and plans. Mr. Cuartas joined FEMA in 2013 as the Regional Continuity Manager where he worked with multiple States and Federal Departments and Agencies to develop plans and policies, execute continuity exercises, and served as course manager and instructor for FEMA emergency management and continuity courses within the Region and at FEMA’s Emergency Management Institute. 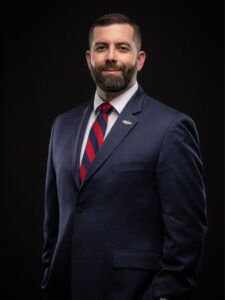