Georges is a Senior Consultant in Emergency Preparedness and Disaster Management. He has attended many workshops, lectures, and conferences all over the world. He has received his Bachelor Degree in nursing in 1987 and his International MBA in Health Management in 2007 from the University of Dauphine-Paris in partnership with University of Panthéon-Sorbonne-Paris and Saint Joseph University-USJ-Beirut.

Through his dedication to help others, inspire change and save lives, he has worked for over 35 years in the health care field. He has completed his training courses in Flight Nursing and Retrieval Emergencies; and has provided Aeromedical programs to the Lebanese Armed Forces. He is also an expert in CBRNe’s management and has worked with many international, national and governmental organizations.

In addition, Mr. Saad is the establisher and manager of the Lebanese-European Academy of Emergency Medicine. LEAEM, founded in 2009, is the academic division of the emergency medical training department in Saint George Hospital University Medical Center. Mr. Saad is also SGHUMC’s helipad Manager and aviation coordinator for aeromedical and emergency evacuations between the SGHUMC’s helipad and the Lebanese Air Force, the UNIFIL and its Maritime Task Force.

Finally, Georges was assigned as the MOPH’s national expert for Emergency Preparedness & Disaster Management-CBRNe national program by the minister of public health in 2016. 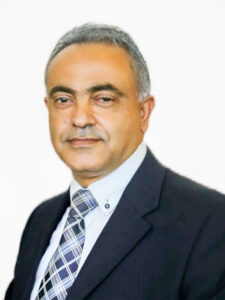