Mr. Bryce retired from federal service on 31 December 2020 with over 48 years of service to our Nation. He served with the U.S. Marine Corps 38 years ( 20 years on Active Duty and 18 years as a Marine Civilian), and the U. S. Army (10 years). He retired from the position of Joint Program Executive Officer, Chemical Biological, Radiological, and Nuclear Defense.

Mr Bryce was appointed as the Joint Program Executive Officer, Chemical, Biological, Radiological and Nuclear Defense (JPEO-CBRND) on 22 October 2015. As the JPEO- CBRND, he has materiel acquisition decision authority for the services on chemical, biological, radiological and nuclear defense equipment. He provided acquisition management and professional leadership on complex issues related to joint service CBRN defense acquisition programs. He plans, directs, manages, coordinates the JPEO-CBRND’s mission and is responsible for the development, acquisition, distribution, and deployment of highly specialized and dynamic joint CBRN defense devices, as well as medical diagnostic systems, drugs, and vaccines.

For the 10 years prior to his current role, Mr. Bryce served as the Deputy JPEO, CBRND overseeing a diverse team of acquisition professionals and technical subject matter experts to effectively manage the CBRN defense acquisition process. From 2003-2005, he served concurrently as the Joint PM for Individual Protective Equipment and the PM for Marine Corps CBRN Defense Equipment. Prior to 2005, he was the PM for Individual Marine Combat Equipment and the PM for NBC Defense Equipment for Marine Corps Systems Command. 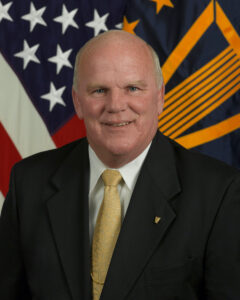