David G Bowers was named Deputy Chief Inspector for the United States Postal Inspection Service in 2018. He is responsible for the Forensics Laboratory, the Career Development Unit and Domestic and Global Security. This role includes his representative oversight for the National Joint Terrorism Task Force, the National Counterintelligence Task Force and the FBI Weapons of Mass Destruction Directorate.
DCI Bowers was a significant contributor to the federal government’s investigation into the 2001 anthrax mailings and in 2004 he played a critical role in the designing and development of the Dangerous Mail Investigations (DMI) Program – a high-tech rapid response to mailed dangerous substances which included the training of over 400 postal inspectors.
While in the New York Division, DCI Bowers oversaw the largest Postal Police force in the country, DMI, Narcotics and Homeland Security teams.
DCI Bowers served on an overseas assignment in Berne Switzerland at the Universal Postal Union (UPU), a United Nations agency which oversees the handling of international mail. He was an integral part of the creation of the UPU security standards S58 and S59 which are now mandatory for all UPU member countries.
Most recently DCI Bowers developed a training film, Agility in the Midst of Crisis, to enhance critical event responses which is currently being introduced in 17 field divisions.
DCI Bowers holds a Bachelor of Science degree in Industrial Engineering from the New Jersey Institute of Technology. 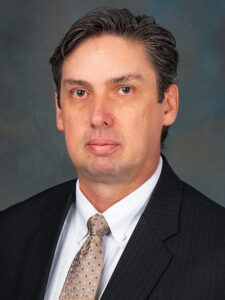