Corey Collings spent 13 years in the US Army as a non-commissioned officer conducting training and operations in explosive ordnance clearance, IED defeat, and in the National Capitol Region CBRNE Enhanced Response Force Package.  He then spent nine years in law enforcement with a focus on street crime enforcement and dangerous drugs such as fentanyl. Corey has spent the past two years as a Training Specialist for First Line Technology instructing military, federal, state, and local agencies on modern technological and procedural developments with a focus on decontamination, synthetic opioids, and mass casualty response. He has a bachelor’s degree in Homeland Security and is engaged in post-graduate work in Counter-Terrorism. 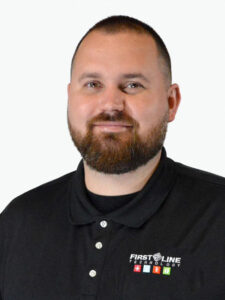