Currently, the U.S. Marketing Director for Business Development for Karcher North America in support of Karcher Futuretech. Tony has a career that has specialized in Defense Support of Civil Authorities (DSCA). Enlisted in the military in 1983, commissioned and retired from the Army in 2017 after 33 ½ service (24 active duty). After retirement from the military, Tony served in several Department of the Army civilian positions that included selection as the Deputy Branch Chief, Combating Weapons of Mass Destruction, Capabilities Development & Integration Directorate (CDID), Army Futures Command (AFC) at Fort Leonard Wood, Missouri.

Tony is a published author – “Joint Task Force Civil Support and Military Domestic CBRN response: A Joint Mission, Joint Force and Joint Training,” in the 2018 Countering WMD Journal and received numerous awards and recognition to include Ancient Order of the Dragon recipient for his over 20 years of service in the Chemical Corps. 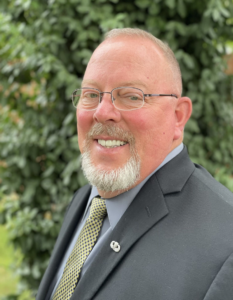