Steve Johnson is an academic and operational forensic scientist, with a distinguished track record in providing strategic advice, training and education to government, armed forces, academia and industry on CBRNE and forensics. Educated at Cambridge University and Cranfield University, he has received broad training across policing and counter terrorism, with specialisation in CBRNE. He was previously a Royal Engineer, with CBRN, Search and EOD experience, and then transferred to the RTR and the Joint CBRN Regiment. Most recently he has been the CBRN Training policy officer for the British Army.

He is a special constable with Wiltshire Police where he focuses on response policing but also instructs on CBRN threat and Intelligence Analysis to a number of police forces. He developed and delivered the scene assessment training for ICRC. His current research focus is on the development of future area recce and search CBRN capabilities, although he has recent publications on Fire Investigation with the Royal Society of Chemistry, and two chapters on Terrorism (one on the use of databases and the other on economic analysis). 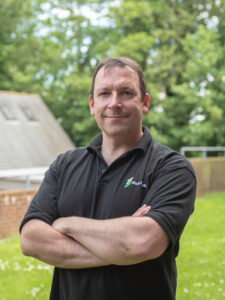