MAJ Cheng Chun Chieh is the Commanding Officer of 39th Battalion, Singapore Combat Engineers. Prior to this appointment, MAJ Cheng served in various appointments such as Weapon Staff Officer in the General Staff Branch.

As the Commanding Officer, MAJ Cheng led the CBRE Task Force in a series of security operations such as National Day Parade and Shangri-La Dialogue. MAJ Cheng graduated with a Bachelor of Science in Bioengineering from Nanyang Technological University and a Master in Defence Technology and System under Temasek Defence Institute with a Major in Operations Research from the US Naval Postgraduate School. 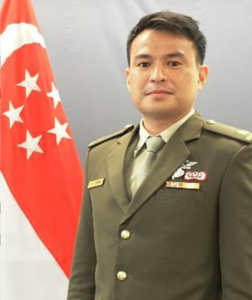