Lieutenant General In-Bum Chun (ROK, Ret) served 38 years in the South Korean Army and retired in 2016. He was a Visiting Fellow at the Center for East Asia Policy Studies of the Brookings Institution, a Visiting researcher at the US-Korea Institute at SAIS, University of Johns Hopkins and a Visiting fellow at the Sam Nunn School of International Affairs, Georgia Tech. His past military positions include the chief of the Election Support Branch, Civil Military Affairs/Strategic Operations Directorate of the multinational forces in Iraq, the director of US affairs at the Korean Ministry of National Defense, deputy assistant chief of staff of operations for the US-ROK Combined Forces Command, Senior member of the UNCMAC, the commander of the ROK Special Warfare Command, and the deputy commander for the First ROK Army. As one of the most decorated officer in ROK military history, his awards include three US Legions of Merit a US Bronze Star Medal and the USSOCOM Medal.

Currently, he serves as the Senior Vice president of the both Association of the United States Army (AUSA) Korea Chapter and the US Air and Space Forces Association (AFA) MIG Alley Chapter and is on the Advisory board for the National Bureau of Asian Research as well as a Senior Contributor for the Asia Society Korea. He is a military analyst and has an active Youtube channel where he uploads videos on ROK military and other security issues for a general audience. 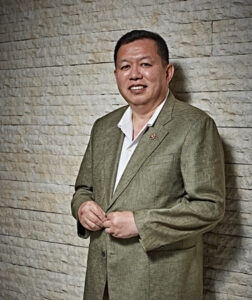