Lieutenant Colonel (United States Army Retired) Douglas Straka was commissioned into the CBRN Branch of the US Army in 1988 and served 21 years on active duty before his retirement in 2009. Since his retirement, he has continued to serve the United States Government and is currently a Department of the Air Force Civilian has been assigned to the U.S. Central Command (USCENTCOM), Strategy Plans and Policy Directorate, Countering Weapons of Mass Destruction (CWMD) Division, Partner Nation Capacities Branch (PNC-B). He is the country lead for the Saudi Arabia and Egypt. From 2017-2019 he led CWMD efforts in Bahrain, Iraq and Oman, and from 2012 to 2016, Jordan, working closely with the Defense Threat Reduction Agency, the Joint Program Executive Office for CBRN Defense and other U.S. government agencies and donor countries to assist Jordan in developing protective capabilities along its Northern border. The PNCB conducts operations and activities to build foreign partner capacities to increase their capability to counter the proliferation of Weapons of Mass Destruction, manage the consequences of CBRN incidents, and increase interoperability with U.S. and other partner nation forces in order to prevail in a CBRNenvironment.

Previous to his work at USCENTCOM, Dr. Straka finished his Army career as the Chief of Staff of the United States Army Chemical, Biological and Radiological School, Maneuver Support Center of Excellence at Fort Leonard Wood, Missouri. He served multiple operational tours in OPERATION DESERT STORM and OPERATION IRAQI FREEDOM in Saudi Arabia, Kuwait and Iraq. He also served in the U.S. chemical weapons destruction mission at Johnston Atoll.

A native of Wauzeka, Wisconsin, he developed his work ethic on the family dairy, meat animal and cash crop farm before graduating from University of Wisconsin-Platteville in 1988 with a Bachelor of Science General Chemistry and Animal Science. He then completed his Master of Business Administration through Embry-Riddle Aeronautical University, Daytona Beach in 2003. Most recently, he was awarded a Doctorate of Business Administration from University of South Florida. His dissertation topic was lntercultural Communication between Western and Arabic militaries. He is also a graduate of the Defense Institute of Security Assistance Management (DISAM) Security Cooperation Management Course.

His awards include the Bronze Star, Meritorious Service Medal and various other joint awards and decorations.

He has been married to the former Chi Thi Nguyen for over 20 years; their Australian Cattle Dog and Australian Shepherd keep them active as they roam the United States in their class A motorhome. 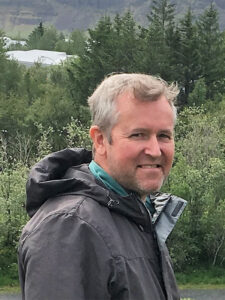