After graduating from the Korea Military Academy, Lieutenant Colonel Park, Ki-Chul received a Ph.D. from the Department of Political Science and International Relations at Korea University. While serving as a biological weapons inspector in the Arms Control Verification Team of the Ministry of National Defense, he also served as a government representative at the Biological Weapons Convention (BWC) Beijing Expert Meeting (2009) and Manila Conference (2010) hosted by the UN Geneva Office of Disarmament. The main research fields are regime theory, regime effectiveness, and the non-proliferation of weapons of mass destruction. The most recent research included: “Study on the success or failure of the WMD non-proliferation regime: Focusing on the determinants of the implementation of great powers” (Journal of East Asian Studies, 2021); “The Role and Responsibilities of the United Nations System to Prepare for the Next Pandemic in the Post Covid-19 Era” (Future Horizon Plus, 2021). Currently, he is serving as a countering weapons of mass destruction planning officer at the U.S. Eighth Army Headquarters. Also, he is serving as an adjunct professor for graduate school of policy studies at Korea University. 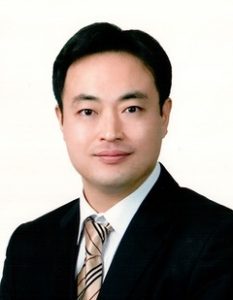