Mr. Povoden holds a master degree in chemical engineering. His background is military as the Head of section chemistry at the CBRN Defence Centre of the Austrian Armed Forces. His areas of expertise are CBRN EOD (Explosive Ordnance Disposal), risk and vulnerability assessment and CBRN incident management, providing his expertise at national and international level for projects, trainings, exercises and missions. Mr Povoden is holding lectures related to CBRN safety and security, CBRN terrorism and non-proliferation at several universities and the NATO Joint CBRN Defence Centre of Excellence. Currently he is also working as a consultant for the European Union CBRN Risk Mitigation Centres of Excellence (EU CBRN CoE) Initiative as on-site expert on Chemical, Biological, Radiological and Nuclear (CBRN) safety and security issues for North Africa, Sahel and the Middle East, developing CBRN specific projects and supporting the partner countries improving their CBRN capabilities at operational and strategic level. 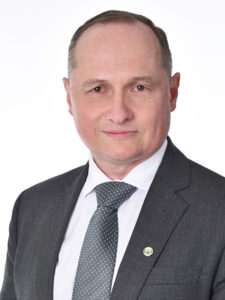