Giuseppe Paduano is a Colonel of the Italian National Fire Corps, where he serves as Chief of the National CBRN Structure. He graduated in Civil Engineering from the University of Salerno in 1992 and can boast vast experience in national and international missions and exercises. In 1997, he was operational Commander during the earthquake emergency response in Umbria and Marche. He served as Structural Engineer in the missions following the earthquakes that hit L’Aquila in 2009 and Emilia-Romagna in 2012. He was Incident Commander during the mission in response to the Amatrice earthquake in 2016. For almost 20 years he was a member of CEN/Technical Committee 127/WG 4, ISO/Technical Committee 92, and UNI’s “Toxicity of Smoke” Working group. He was also the Coordinator of UNI’s “Reaction to Fire” Working group. He took part in the 2018 INSARAG External Classification H-USAR Italy in Pisa as Coordinator. He is fluent in both English and Italian. 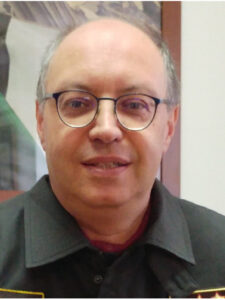