Consultant to the Minister of State for Cabinet Affairs

Lt. Gen. (Ret.) Yousef Al Ansari is General Director of Trust International Institute for Public Training, Kuwait Fire Protection Association.
He worked as Consultant to the Minister of State for Cabinet Affairs.
He served as the Director General of the Kuwait Fire Service Directorate.
He has also served as the Deputy Director General of Firefighting & Human Development and, Deputy Director General of Fire Prevention Dept. In addition, he has held various other posts and responsibilities which has helped him gain an extensive experience that has promoted him to higher positions and has made him an invaluable asset in the field he is currently serving.
He has also served as an active member and has been responsible for the development and implementation of various projects. He has compiled two books – ‘ Firefighting and Rescue’ and ‘Fire Safety in Homes’ and, has given several presentations at various conferences and seminars. He has received various awards, decorations and medals for his outstanding accomplishments and achievements. He is a leader for major Fire Accidents, including oil assembly center fires or Tall Building Fires, scrap fires, building collapses and aircraft and ships accidents.
Lt. Gen. Yousef AlAnsari has a wealth of management and technical experience gained over his extensive years of service. 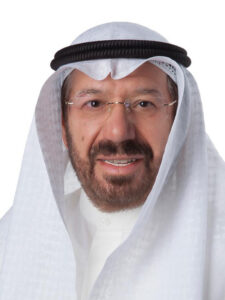