Dr. Wendin D. Smith serves as the Director of NATO’s Arms Control, Disarmament, and Weapons of Mass Destruction (WMD) Nonproliferation Centre (ACDC), part of the Political Affairs and Security Policy (PASP) Division of the International Staff. In her prior role as a Managing Director with Deloitte Consulting LLP, she led the firm’s Countering Weapons of Mass Destruction (CWMD) practice and supported customers across the U.S. government. In earlier positions, she had the honor of serving as the Senior Advisor of the U.S. Special Operations Command (USSOCOM) for CWMD, and as the Deputy Assistant Secretary of Defense for CWMD, Office of the Under Secretary of Defense for Policy (DASD/CWMD). As DASD, she was responsible for establishing policy and guidance to protect U.S. and Allied forces against chemical, biological, radiological, or nuclear attack from state or terrorist actors, as well as for preventing and countering global trafficking in WMD. She was also responsible for policies aimed at helping partner countries build capacity in WMD defense and countermeasures, and for representing the Department’s interests on counterproliferation and nonproliferation policies. In 2017, the Office of the Secretary of Defense recognized her with the U.S. Exceptional Public Service Award.

A graduate of Dartmouth College, Dr. Smith received her Ph.D. and Master of Arts in Law and Diplomacy from The Fletcher School of Law and Diplomacy at Tufts University, where she focused on International Security Studies and International Environment and Resource Policy. As an alumna, she was invited to serve on The Fletcher School’s Board of Advisors. Dr. Smith has the privilege of serving as a Senior Mentor to the U.S. National Defense University’s Program for Emerging Leaders, within its Center for the Study of WMD. She also serves on the Board of Trustees of the Webb Schools of California, her high school alma mater. Dr. Smith is fluent in Russian and conversational in German. 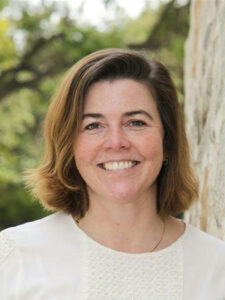