Chair of the Department of Medicine and the Director of the Gastroenterology and Transplant Hepatology Unit, ASST Papa Giovanni XXIII, Bergamo Hospital, Italy

Stefano Fagiuoli is currently the Chair of the Department of Medicine and the Director of the Gastroenterology and Transplant Hepatology Unit of the Papa Giovanni XXIII Hospital in Bergamo. He received both his Medical degree (1986) and the Specialization in Gastroenterology (1990) from the School of Medicine of the University of Padua. He earned a Fellowship in Transplant Medicine at the School of Medicine of the University Pittsburgh, where he has been visiting “Instructor” and visiting Professor. He has been Visiting Professor at the liver transplant centre of the Presbyterian University Hospital of Pittsburgh (USA) from January, 1991 until June 1993. From June 1992 until June 1994 he was employed as Attending physician at the Transplant Centre of the Baptist Medical Center di Oklahoma City (USA). He has been an attending in Gastroenterolgy and Hepatology at the University Hospital in Padua from 1994 until 2005. He earned both the European and the Italian Honorary Diploma in Transplant Hepatology. He has been Member and Coordinator of several educational medical programs in the field of Gastroenterology and Transplantation. He is currently appointed Professor of the School of Specialization in Gastroenterology and Coordinator of the Bergamo Executive council of the School of Medicine and Surgery of the University “Bicocca” of Milan. Dr. Fagiuoli has authored or co-authored over 250 peer review articles and over 40 books or books chapters. 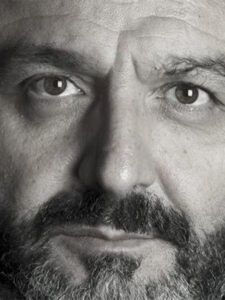