His fields of interest are Hazmat incident management and disaster medicine management. He helped to introduce the Hazmat incident management in Hong Kong and promulgate the setup of decontamination facilities in all acute hospitals in Hospital Authority. He has been teaching the Advanced Hazmat Life Support in conjunction with University of Arizona for 15 years and the Advanced Medical Disaster Response Course with Harvard University for 10 years. He has published a few papers in international journal on Hazmat and disaster management.

He was the Deputy Venue Medical officer for the 2008 Olympic Equestrian event and also 2009 East Asian games. He received the Hong Kong Special Administration Region Chief Executive commendation for his contribution to the above events. 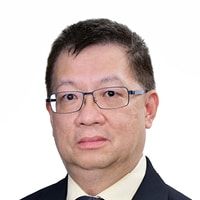