Superintendent Lee Kendrick has been responsible for the UK CBRN Police capability since 2018. Working for UK National Counter Terrorism he is head of the National CBRN Centre which brings together the three civilian emergency services to provide an interoperable CBRN policy and response framework for the UK. The role includes the procurement and provision of PPE and detection equipment as well as the provision of specialist command and wider CBRN training to frontline and specialist responders. He works closely with military and intelligence partners in assuring the UK capability remains fit for purpose.

Operationally he has provided CBRN command to all significant UK incidents and events since 2011. Internationally he has worked with the United Nations, NATO and Counter Terrorism Preparedness Networks to develop and lead testing and exercising programmes, OPCW and IAEA to provide specialist training and develop response plans for key global events. Previously he has undertaken national capability and response assessments at the request of host states/countries. Currently he is working with wider EU project stakeholders to assess the impact of behavioural and vulnerability factors on the CBRN response. 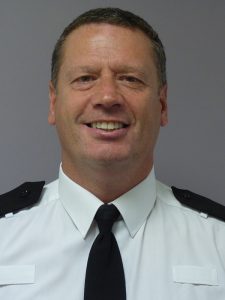