Kirk Yeager received his B.S. in Chemistry from Lafayette College and PhD in Inorganic Chemistry from Cornell University. He worked as a research scientist and Associate Director of R&D at the Energetic Materials Research and Testing Center (EMRTC). While in the Land of Enchantment he also held the position of Adjunct Professor in the New Mexico Tech chemistry department. For 10 years he served as a Physical Scientist/Forensic Examiner for the FBI Laboratory’s Explosives Unit where he deployed as a bombing crime scene investigator to dozens of countries. Currently he is the FBI’s Chief Explosives Scientist. Dr. Yeager has approximately 25 years of experience with improvised explosives and IED’s, has presented over 200 talks at international meetings and conferences, has produced over 80 specialty publications in the area of explosives and IED’s, to include 4 book chapters. Over the course of his colorful career he has served as a subject matter expert for the National Academies of Sciences, worked as a technical advisor for the Mythbusters, and been the subject of a feature article in Popular Mechanics. His academic prowess is surpassed only by his charm and humility. 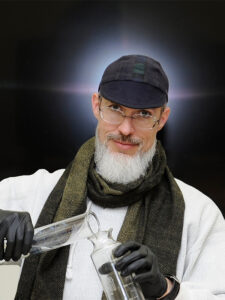