Division manager of Division for decontamination, protection and water treatment

1992  Degree in chemistry (University Hannover)
1994 – 96  Contractor for the German procurement office (BWB)
1996 Degree in toxicology (University Leipzig)
1997 Employment at the Bundeswehr Research Institut for Protection Technologies – CBRN-Protection (WIS) in Munster as toxicologist.
2001 Head of Toxinology Department
2002 Head of Bio Detection Department
2008 Team leader at the German procurement office (BWB) in Koblenz
2010 Chief of staff at WIS
2013 Division manager of the Service Division at WIS
2016 Division manager of Division for decontamination, protection and water treatment at WIS 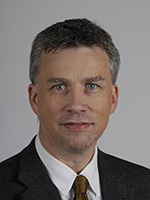