Gene Stark has worked in the DoD chem/bio defense arena for over 20 years.  After completing his PhD in Organic Chemistry from the University of Utah in 1997, he was awarded a German fellowship with the Technical University of Munich where he developed novel synthetic routes to key pharmaceutical intermediates.  Next, he worked for a small biotech company in Salt Lake City preparing cell signaling molecules for cancer research.  In 1999, he began his government career managing chemical agent swatch testing at Dugway Proving Ground (DPG).  In 2003 he was promoted to group leader at DPG where he managed all individual protective equipment testing.  Since Dec 2006, Gene has worked at the Joint Project Management Office for Protection as the Test & Evaluation Director, the Systems Engineering Director, the Science & Technology Advisor, and the Transport Isolation System Product Manager.  He is currently the Director of Future Acquisition. 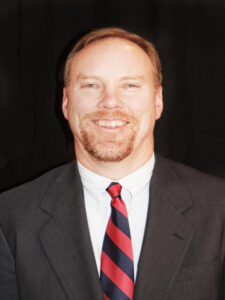