Dennis E. Hruby, Ph.D., has served as SIGA’s Chief Scientific Officer since June 2000, and was the Vice President of Research from April 1997 through June 2000. From January 1996 through March 1997, Dr. Hruby served as a senior scientific advisor to SIGA.  Dr. Hruby received his Ph.D. in Microbiology from the University of Colorado Medical Center and holds an undergraduate degree in Microbiology from Oregon State University. He conducted virology research as an NIH postdoctoral fellow at the University of Wisconsin, Madison, from 1979 through 1982, and at the State University of New York, Stony Brook, from 1977 through 1979.  Dr. Hruby was a faculty member at Oregon State University for 27 years and served in a number of capacities, including Director of the Molecular and Cellular Biology Program and Chairman of the Microbiology Department.  Dr. Hruby specializes in poxviruses, virology and anti-infective research. He has published more than 240 manuscripts/chapters, 440 abstracts and currently holds approximately 200 US and international patents for methods of use, compounds, and pharmaceutical compositions. He is a member of number of societies, including the American Society of Virology, the American Society for Microbiology, and is a fellow of the American Academy of Microbiology. He has received a number of honors including Discovery Award (OHS), Sigma Xi Research Award and the OSU Distinguished Alumni Award.  He is a member of a number of editorial boards and has served on numerous federal grant panels. 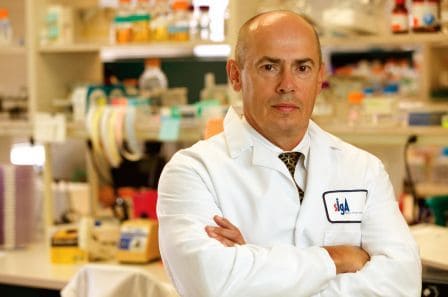