Corporal Robert Conroy has been an active duty law enforcement officer with the Baltimore County, MD, Police Department for over 29 years and is presently the Bomb Squad Commander of the Hazardous Devices Team.  His experience as a bomb technician began in 1999 after he successfully completed his formal training at the FBI Hazardous Devices School located at Redstone Arsenal in Huntsville, Alabama.  In 2001, Corporal Conroy became the senior bomb technician. In his tenure as a bomb technician, he has responded to and safely mediated over 3000 calls for service relating to explosives, military ordnance, and/or hazardous devices.  As a result of his training, knowledge, and experience, Corporal Conroy has lectured on bomb related subjects at all levels of government, business and industry and is considered his agency’s authority regarding explosives. He is a member of a several professional organizations including the National Bomb Squad Commanders Advisory Board, International Association of Bomb Technicians & Investigators, and National Tactical Officers Association. Prior to his law enforcement career, Corporal Conroy served four years in the United States Marine Corps as an infantry rifleman and directly participated in combat operations in several conflicts around the world. 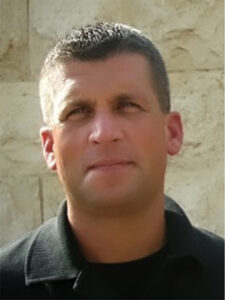