Colonel (Retired) Jon Drushal assumed duties as the Branch Chief for the Partner Nation Capacity Branch (PNCB) on August 30, 2020. The PNCB conducts operations and activities to build partner capacities to increase their capability to counter proliferation of Weapons of Mass Destruction, manage the consequences of CBRN incidents, and increase interoperability with U.S. and other partner nation forces in order to prevail in a CBRN environment.

A native of Tampa, Florida, he graduated from the University of Tampa in 1986 with a Bachelor of Science in Business and earned a Masters in Public Administration from Central Michigan University in 2000. His military education includes Chemical Officer Basic and Advanced Courses, US Army Combined Arms and Services Staff School, US Army Command and General Staff College, Joint Forces Staff College, and the U.S. Army War College as a Senior Fellow at the Atlantic Council’s Brent Scowcroft Center for International Security.

Mr. Drushal’s career spanned 30 years on active duty as a Chemical Officer during which he led Soldiers from platoon to brigade. He commanded the 3rd Chemical Brigade at Fort Leonard Wood, Missouri; the Radford Army Ammunition Plant, Radford, Virginia; the 25th Chemical Company, 1st Armored Division, Germany, and the Biological Detection Unit, 9th Chemical Company, 9th Infantry Division during Operation DESERT STORM. Additionally, he served as a staff Chemical Officer from battalion through corps to include a NATO joint staff position in Joint Forces Command – Naples, Italy. His branch immaterial assignments include Deputy Chief of Staff for XVIII Airborne Corps, Chief of the Commander’s Action Group to the Deputy Commanding General for Operations during Operation NEW DAWN in Iraq, the J-35 Future Operations Planner for Joint Task Force Haiti, and Special Assistant to the Commander of Army Materiel Command. Mr. Drushal retired from the Army in 2017.

He is married to the former Terry Raymond and they have three children Madison, Dillon, and Trent. 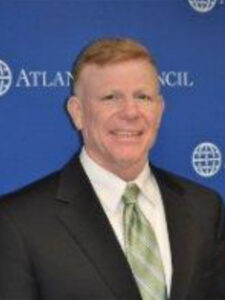