Colonel Neumann began his military career in 1975 as an Officer Cadet of the German Army NBC Defense Corps. From 1975-1981 he completed his Officers Course and graduated from University with a degree in Computer Sciences. From 1981-1986 he was platoon commander of a NBC Defense Platoon in Emden and Company Commander of a NBC Defense Company in Bruchsal. From 1986-1987 he was appointed Chief of a Training Inspectorate at the NBC Defense and Self-Protection School in Sonthofen. From 1987-1991 he was Company Commander of the HQ Company, 7 (GE) Panzer Division in Unna.

From 1991-1994 he was desk officer for NBC defense training at the Army Office in Cologne. Thus, he was responsible for all CBRN training concepts of the entire Bundeswehr. Following this function, he was appointed Battalion Commander NBC Defense Battalion 110 in Emden, which he commanded from 1994-1996. From 1997-2003 he worked as Assistant Branch Head, being responsible for policy and doctrine of NBC Defense and Protection Task (like Occupational Health and Safety, Environmental Protection, Fire Protection etc.) at the Federal Ministry of Defense.

2003 he was promoted to Colonel and appointed Branch Chief of the Environmental and Occupational Health and Safety Branch in the Joint Support Command in Cologne. In this capacity, he was the Occupational Health and Safety Staff Officer of the Armed Forces and the Commissioner for Environmental Protection of the Armed Forces. This was followed by the appointment as Deputy Brigade Commander of NBC Defense Brigade 100 in Bruchsal. In this period, he was also Commander of NATO’s CBRN Joint Assessment Team during the NFR 4 rotation.

In 2006, Col. Neumann returned to the Joint Support Command in Cologne, where he took over the CBRN Defense, Fire Fighting and Self Protection Branch. He left this branch in 2013. In between, he took over various international responsibilities. Col. Neumann chaired the CBRN Defense Training Working Group (NTG/JSSG) from 2008-2010. In 2008 and 2009 he chaired the EDA Project Team CBRN Detection, Identification and Monitoring; in 2009 he was elected chairman of the BIO EDEP Program Preparation Group. He supported the former NATO Senior Defense Group on Proliferation.

In August 2010 Col. Neumann took over Command of the German Forces Kabul and was additionally appointed as the Liaison Officer between the German and the Afghan MoD. In 2012, he returned to the Joint Support Command, where he took various commanding positions, inter alia as Chief of Staff. Additionally, he was appointed Commissioner for the establishment of the Bundeswehr CBRN Defense Command. On 23 April 2013, Col. Neumann took over command of the Bundeswehr CBRN Defense Command in Bruchsal and remained 5 ½ years in this position. In this period, he reorganized the entire CBRN defense of the Bundeswehr, provided the framework for NATO’s Combined Joint CBRN Defense Task Force in 2015 and 2018 and planned, prepared and established the cluster CBRN Protection in the Framework Nations Concept. In the course of his international commitments, he visited and liaised with numerous nations in Europe, South and North America, Asia, as well as Australia.

On 30th September 2018, Col Neumann retired from the Bundeswehr and founded a company to provide Strategic, Policy, and Information Technology Consultancy and Services. His current projects mainly address digitization of military capabilities. He joined the CBRN Working Group of the German Army Association, the Armed Forces Communications and Electronics Association (AFCEA), and he is member of the Board of Advisors of a medium size company, dealing with security in information technology. Since June 2021, Col Neumann is Vice President of AFCEA Bonn e.V., the biggest German chapter within AFCEA, comprising more than 1000 members and 130 companies. 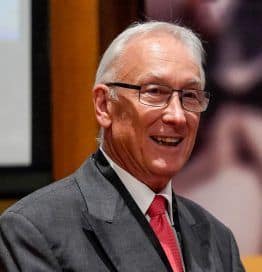