United States Army Colonel Mohammad Naeem, MD, FACR is the 20th Director of the Armed Forces Radiobiology Research Institute (AFRRI.) As such, he is responsible for preserving and protecting the health and performance of U.S. military personnel operating in potential radiological and nuclear contaminated battle space or urban environments; through research, education, and operational training that advance understanding of the effects of ionizing radiation and development of nuclear and radiation medical countermeasures, as well as providing rapidly deployable radiation medicine expertise in response to a radiological or nuclear event domestically or abroad.

An American of Pakistani heritage, COL (Dr.) Naeem received his medical training at King Edward Medical College in Pakistan; one of the most premier medical institutions in south west Asia; after which he came back to the U.S. to complete a diagnostic radiology residency, an abdominal imaging fellowship and a chest imaging fellowship. He is a graduate of several military leadership and CBRNE courses and has had several challenging assignments at various locations in the United States, Germany and Afghanistan during his career.

COL (Dr.) Naeem is a Diplomate of American Board of Radiology and a Fellow of the American College of Radiology as well as American College of Chest Physicians. He is a clinically practicing active-duty army diagnostic radiologist and a medical warfighter with operational and academic interests in the medical aspects of asymmetric warfare, 21st century national security threats, international security environment, combat radiology & battlefield imaging, blast and ballistic trauma, small arms use, nuclear enterprise and CBRNE disaster preparedness. He has lectured at approximately 40 local, regional, national and international conferences 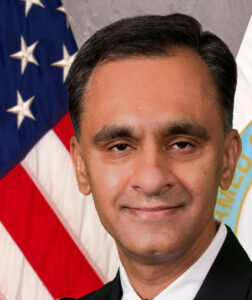