Michael Chua is the Director for HazMat in Singapore Civil Defence Force (SCDF). Prior to his current appointment, Michael was a Division Commander overseeing the day-to-day operations of multiple fire stations and personnel. In addition, he was the Team Leader for SCDF’s overseas contingent in support of humanitarian assistance in the Asia-Pacific region.

Michael Chua has a Bachelor of Science degree from National University of Singapore and Masters in Fire Investigation from University of Central Lancashire. 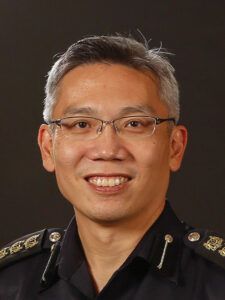