Colonel Klaus Werner Schiff was born in 1958 in Lahr, Black Forest, Southwest Germany. He joined the German Armed Forces’ Armoured Corps in 1979 and was commissioned as a 1st Lieutenant in 1982.
From 1979 to 1984 he undertook an officer training and a Master’s Degree in Education at the German Armed Forces University in Munich.
In 1986, he transferred from the Armoured to the CBRN Defence Corps, followed by assignments as Company Commander, CBRN Staff Officer at various HQ levels and Commanding Officer of a CBRN Battalion from 2001 to 2004.
He had his first assignment in a multinational environment in 1993 at HQ Allied Mobile Force (Land) in Heidelberg, DEU, followed by an assignment as CBRN Staff Officer at HQ Allied Forces Central Europe in Brunssum, NLD, and a tour of duty at HQ Allied Command Transformation (ACT) in Norfolk, Virginia, USA, from 2004 to 2006.
His mission assignments included a tour at HQ Stabilization Forces (SFOR) in Sarajevo in 1997 and two temporary appointments to the United Nations Military Staff in New York, USA, in 2002 and 2003, including field missions in the Middle East.
Colonel Schiff’s latest mission assignment was in 2013 (7 months) as CJ3/ CJ7 at HQ NATO Training Mission Afghanistan (NTMA) in Kabul.
From 2007 to 2009 Colonel Schiff was the Chief of the CBRN Defence Concept Section at the German NBC Defence and Self-Protection School in Sonthofen, followed by the assignment Head of the Combat and Concept Development Division from 2009 to 2012.
From November 2013 to October 2014, he was the Deputy and Chief of Staff of the German Joint CBRN Defence Command in Bruchsal, Baden-Wurttemberg.
He then became the Commander of the German CBRN Defence, Safety and Environmental Protection School in Sonthofen, Bavaria from November 2014 to September 2018.
Since September 2018, Colonel Schiff is the Commander of the Bundeswehr CBRN Defence Command in Bruchsal, Baden-Wurttemberg. 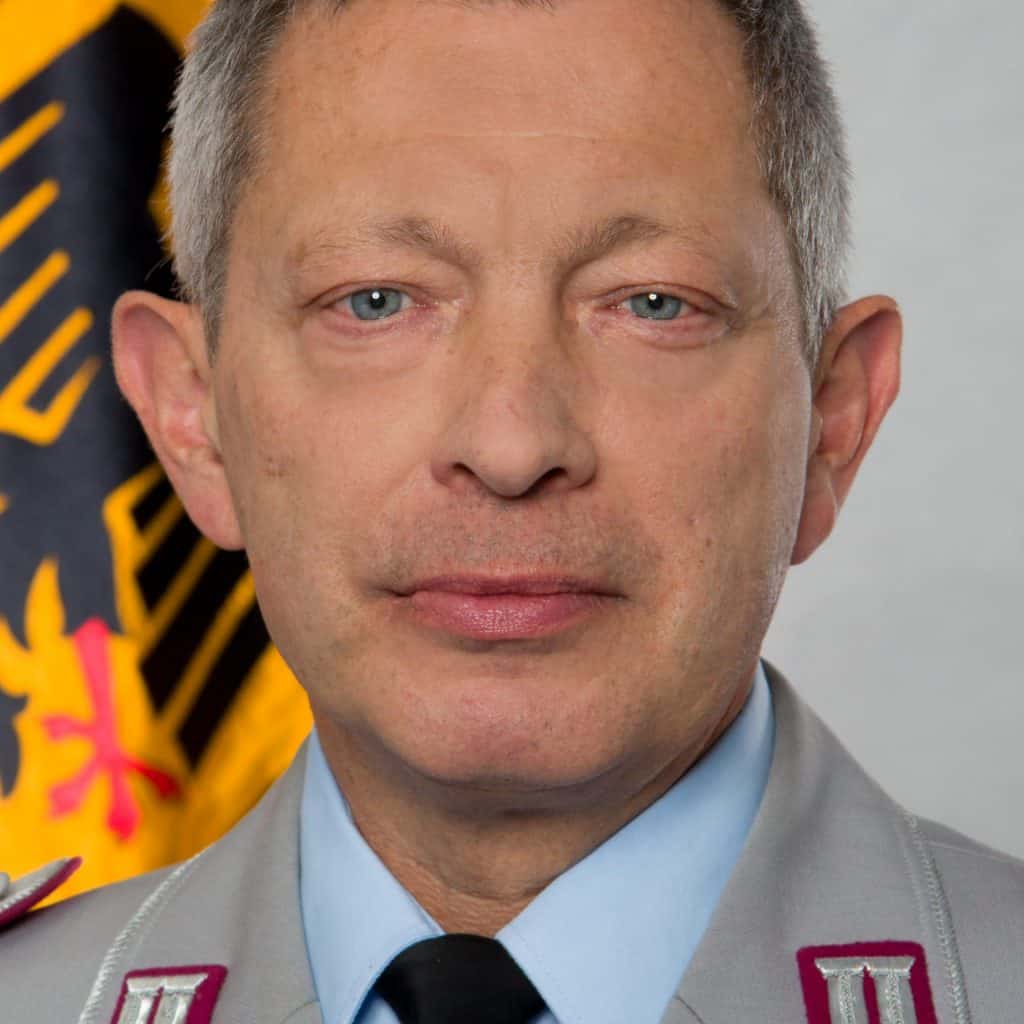