Colonel David has completed over 42 years’ service in the British Army initially as a nurse specialist in burns trauma but more recently focusing on force health protection in general and CBRNe in particularly. He served as Regimental NBC Officer in 1 Armoured Field Ambulance during Operation GRANBY in early 1991; his first staff appointment was managing the MOD’s NBC Medical Countermeasures Applied Research Programme which set the conditions for him to lead the Surgeon General’s CBRNe, Environmental Health and Medical Intelligence Team from 2001 to 2008.

He assisted the local Directors of Public Health in the SW of England as Regional Clinical Director for Army Primary Health Care to plan and execute the integrated regional response countering the Swine Flu pandemic in 2009-10 and supported the deployment of British military medical staff to Sierra Leone during Operation GRITROCK the UK Government’s response to the Ebola Virus outbreak in 2014-15.

Now a Senior Lecturer at the University of Cumbria he teaches and lectures globally on disaster response and humanitarian action.

He was awarded the Associate of the Royal Red Cross (ARRC) by Her Majesty The Queen. 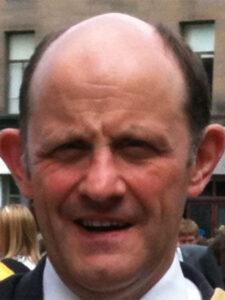