Colonel Andrew Lawrence Miltner is a graduate of the University of Texas in San Antonio where he earned his Bachelor of Arts Degree in Political Science and received a Regular Army commission through ROTC as a 2LT in the Army Chemical Corps.  COL Miltner holds a Master’s Degree in Military Arts and Sciences, with a focus on China, as well as a Master’s Degree in Military Strategic Studies. Colonel Miltner is a graduate of the U.S. Army Combat Medic Course, Chemical Officer Basic and Advanced Courses, Technical Escort Course, U.S. Army Airborne, Ranger and Jungle Expert courses, Air Command and Staff College, Joint Forces Staff College Combined Warfare School and the  U.S. Army War College. 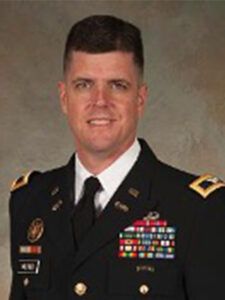