With thirty-five years of experience in the Hellenic Armed Forces, BG (Ret.) John Galatas is today a Senior Bio Consultant for Hotzone Solutions Group based in The Hague, The Netherlands. Amongst his many different positions, BG (Ret.) John Galatas acted as Head of the Department of Allergy and Clinical Immunology at the Army General Hospital of Athens for twenty-five years. Ten years as a CBRNe Officer and Planner led him to carry out multiple trainings abroad and Command the Olympic hospital CBRN Response Unit during the 2004 Olympic Games in Athens. During those ten years, five of them were spent as the Head of the Department of Asymmetric Threats, Intelligence Analysis Branch, Joint Military Intelligence Division of the Hellenic National Defense General staff.

BG (Ret.) Galatas is specialized in Allergology and Clinical Immunology, CBRNe Planning for Olympic Games with a special interest in hospitals and hotels’ CBRNe preparedness, gap analysis and crisis management in urban environment, as well as asymmetric threats analysis.

Today his interests range from medical CBRNe defense and preparedness to maritime security and CRBNe defense or CBRNe trainings. 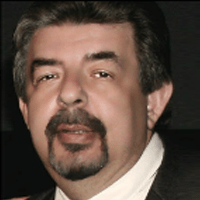