Brigadier General Ryu Dong Kwan is the 9th Commander of the CBRN Command of the Republic of Korea Army. He attended the Korea Military Academy and graduated in Chemical Engineering from the Graduate school of Korea University. In his career he moved from Chemical Officer to Commander of the Chemical Support Battalions(28th Division) and of the 15CBR Battalion(5th Corps). Among his accomplishments we can list his role as CBR Force Planning(ROKA), his role as chief of the Force Development Department of the CBR school as well as his performance as head of the Arms Control Verification(KAVA), of the CWMD Operation Department(CVC) and of the CBRN Operation Department(20C). 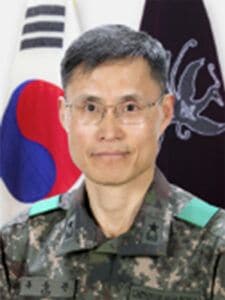