Anna is the Vice President of the CBRNe Society, an international non-profit organization dedicated to providing platforms for the stakeholders of the global CBRNe community to share knowledge and promote innovation. In her position she manages the global relations with governmental stakeholders, facilitates government to government efforts and contributes to the alignment between public and industrial interests within the community. Alongside her work at the CBRNe Society, she is the Director of Governmental Affairs at IB Consultancy, an independent defense and security consultancy firm specialized in CBRNe threats. In addition to her overall managerial role within the company, she is leading the relations with public entities worldwide and manages the relations with some of the firm’s key accounts. Before starting her career within the CBRNe sector, she worked at the Austrian Mission to NATO while completing her Master’s Degree in International and Diplomatic Studies from the University of Trieste (Italy). She is  interested in defense, counterterrorism, diplomacy, security/defense research & innovation and holds an Executive Certificate Program in Counter-Terrorism Studies, Terrorism and Counter-Terrorism Operations from IDC Herzliya (Israel). In March 2020, she has been nominated by Forbes Italy as one of the 100 under 30 leaders of the future in the category law and policy. 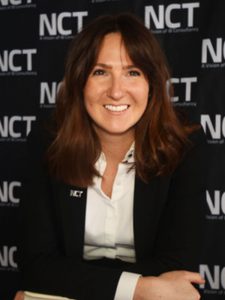